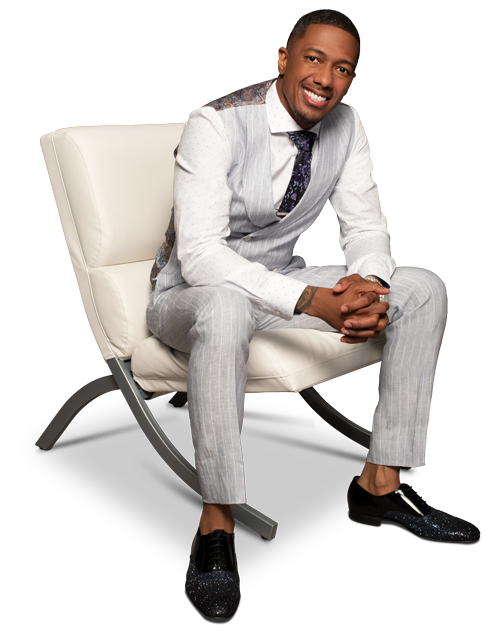 Nick Cannon is currently the executive producer and host of Fox’s hit TV series The Masked Singer; the host and producer of the nationally syndicated radio show Nick Cannon Radio. He is also the producer, writer, director and star of the films She Ball and Miracles Across 125th Street. Plus, Cannon has formerly hosted his own syndicated daytime talk show, Nick Cannon, which debuted on September 27, 2021

In 2009, Cannon was named chairman of the TeenNick network, making him “the youngest TV chairman in history.” Simultaneously, the entertainment mogul has been a musician for over 30 years and has collaborated with Will Smith, Future, Migos, Ty Dolla $ign, and others on music projects. As a music business curator and label head of Ncredible Entertainment, Nick has helped discover and develop award-winning talent such as H.E.R. and Kehlani, while continuously curating a roster of groundbreaking talent that will dominate the airwaves and music landscape through highly anticipated releases from the Ncredible Gang, Lil’ Dope Boy, Suave, Black Squad, and Justina Valentine.

Cannon holds a bachelor’s degree in criminology from Howard University and plans to pursue his master’s degree. He is the father of 8 and is a creative and entrepreneurial force at the vanguard of his generation with nearly 17+ million subscribers socially.